To commemorate Mischa, the race "Memorial Michael Spacek " will go this year in Holice within the European Championship EMX-2 at the World Championships.

Furthermore, as an tribute to Mischa´s sport talent, the planned series of the International Championship of Czech Republic in motocross junior, classes 50, 65, 80, 125 Junior will bear the title "Memorial Michael Spacek“ which is organized by the CR auto club.

The program of the serial is available here: http://www.autoklub.cz/show.php?page=acr/fmsacr/motokros/2010/motokros/kalendar/25_juniori/index.htm&asoc=3

Michael Spacek in the eyes of those who knew him

Czech motocross doesn´t really teem with plenty of talent. One of the brightest of late years was Michael Spacek. The word "was", stated in the previous sentence is very important. Michael is no more here. During the last race of the 2009 season, the 26th of September in „Loket nad Ohri“ he got hurt badly in the last round of his first ride and the 12th of October he lost his last race at the hospital in Pilsen. He was 18 years old, the whole sporting and civilian life just ahead.. But the destiny had other plans.

Michael was born to Andrea and Standa Špaček the 28th of March 1991 in french MONTÉLIMAR. Despite this place of birth, he can be considered as a local native, because in the local race track near Poběžovice he took his first steps, he said his first words, he first time broke his knees,he first time turned up the gas on his small Honda and the first time started from this place to the race .

Michael Spacek had quite logically close to the bikes. His father Stanislav was a successful motocross and enduro rider. In his collection he keeps several international awards, as well as the „Spanish mastership in enduro“. Even after a career he remained close to the motorcycles and together with his wife they manage hugely successful family business, in which their son moved from childhood. Michael hasn´t been forced by anyone into racing, but when somebody gets on a motorbike as an four years old boy and in addition when his father is a racer, it is quite clear, which way his sports activity will follow.

First time Michael stood behind starter,he was eight years old. It happend in Bílá Třemešná. With the great support of his family, since thirteen years of age he attended the events throughout Europe, mainly in Spain and Germany. In 2007 he won the junior category of the European Championship. In the disastrous race in Loket nad Ohri he has helped by his performance to gain the bronze medal for his team.

Michael was a fair sportsman, who through his approach to training and racing could be an example not only for his peers. In recent years, his efficiency went sharply upwards and the czech motocross could expect the successor of the famous generations like Falta, Churavý and Stodůlka. Michael also worked for the company of his parents, where he participated in the development and especially testing of the products, known under the name GOLDFREN. In 2010 he was declared as a sport celebrity of the town Holice.

was born 18 years ago on 28th March 1991 in Montélimar in France. After his father came back from emigration, their family settled in the small village called Poběžovice near the town of Holice. From his childhood he was growing up in the motocross world and it was natural that his interests started to be orientated this way, so as no to, behind their house was the motocross race course. When he was four years old he rode little Honda for the first time and in his eight years he passed his first races in Bílá Třemešná and Misha started of his own will after his father example contesting, and he loved it.

He graduated in the primary school in Holice and after that he studied The Integrated Technical High School in Vysoké Mýto.While this all he was the racer with big "R" and with big and fighting heart too.When he was thirteen his family started to follow him to all races - his parents and his brother Dominik.

Misha raced on race courses in Czech republic but more and more often he took part in races in foreign countries with thoughts about the largest championship in professional sport. Misha was trained by his father and he always took care about his technique. Who saw Misha racing he must say that his riding style was brilliant. It wasn´t about riding as a game anymore but about the life decision when the game becomes into the hard work. In last years Misha´s father asked him one question very often: "Do you really want to be a proffesional?" Rarely he got the clear answer - yes, but silent agreement when he sat on the bike or motorcycle and continued in the training. He never said no.

We were watching his sport results and we saw that in the last time he was working hard like the real professional on his condition and riding technique. A very big benefit was his work in the family firm where he was concerned on the development and first of all testing of Goldfren products.

Motocross was his whole world . After all his injuries he couldn´t wait to sit on the motorcycle. He was a fighter! Fighter with the smile on his face and always good mood. For his sincere character he had a lot of freinds not only After his little victory in the Junior Europe in 2007 he wanted to ride the Junior Europe on Kawasaki 250, 4-cycle. But this championship and national mastership he couldn´t finish because of the injury. This year Misha started with the Spanish championship, continued in German races ADAC and Czech mastership on his Kawasaki 450. He took part in lot of races in Hungary and Slovakia. In spite of he couldn´t ride his last race in ADAC, he finished it on the 11th place.

Thank you who started to believe in his strength and remember this in your life, fight like he fought, be permissive and nice to each other.

You sportsmen, try to get your points by fair play. Be carefull and don´t let these things only on people around business. You who prepair the race courses, think about the risk of these racers who takes their lifes because of atractivity for watchers.

Thank you all who came to say goodbye to Misha. When his soul left last Monday it started to be a terrible weather but trust that now he´s leaving us with the smile on his face and with the nice sunny weather. He will stay forever in our memories. Easygoing, humble, purposeful boy, fair friend to the bad weather, our loving grandson, son, brother, friend, our Misha.

Dear freinds, thank you all for coming to say goodbye to our Misha and to share this large sadness and pain of all who knew him and loved him. 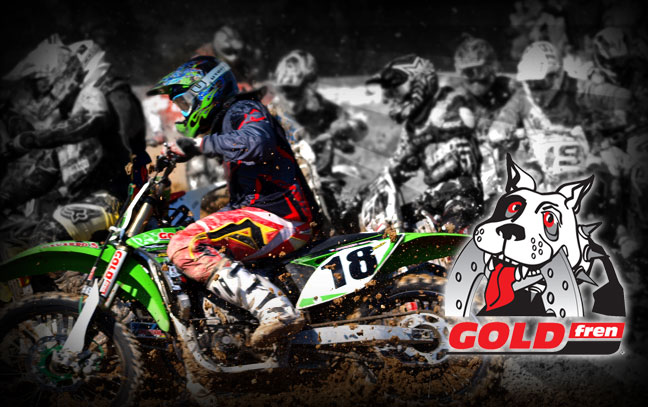 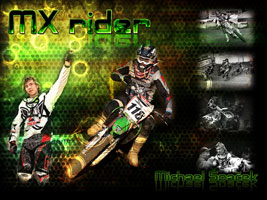